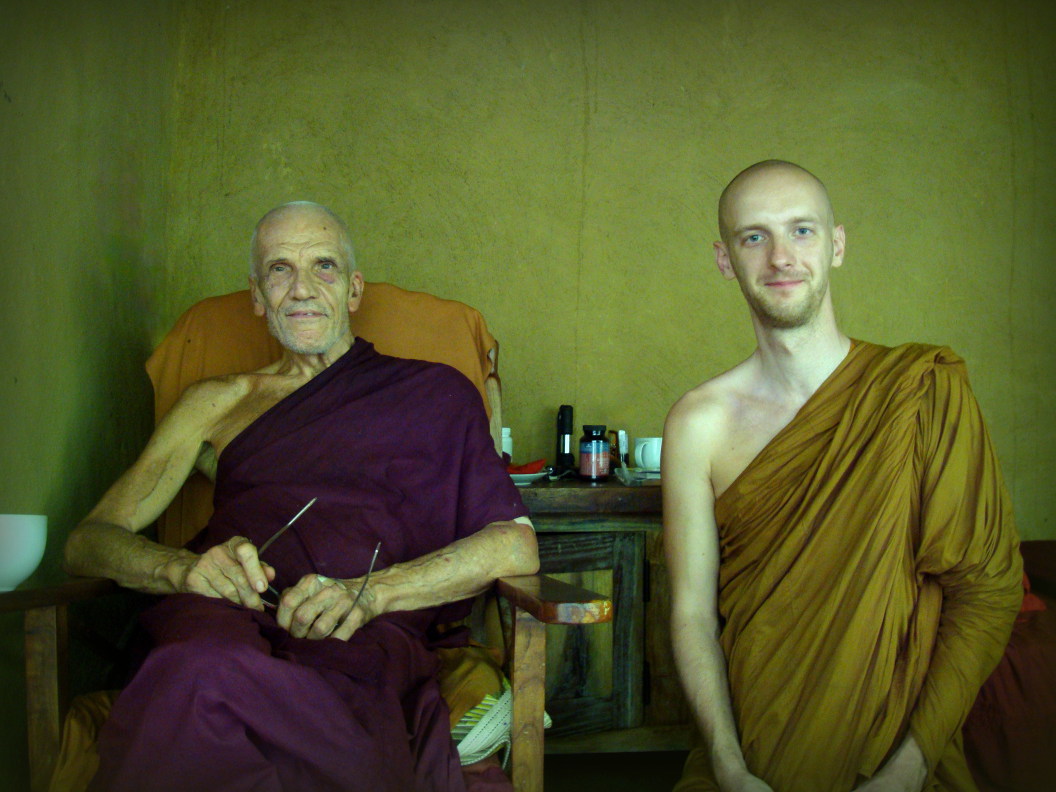 A time inevitably comes when even legends and heroes pass away, as it has now come to Bhante Ñāṇadīpa. I count myself as very fortunate to have met him a number of times, even though he was always hard to approach.

I remember very well my first trip to see the Māhathera, for it had been my greatest wish for many years to meet a real forest monk who had great respect for the same teacher as I did: Ven. Ñāṇavīra Thera. Geographically, Bhante Ñāṇadīpa was not too far from the place I was staying at that time, but the journey to reach him was a long one. After the usual slow pace of travel on Sri Lankan roads we turned onto a very obscure mud road which passed a few lonely houses. And then, after a few kilometres, we turned onto an even more remote road, which was hard on the vehicle. At some point the car could go no further, and we had to walk by foot for some time to reach a small group of houses. Is this the place? No, no, not yet! Behind one of the houses was a path, and that path led to a mountain. So we walked for another hour in the jungle, where elephants could be seen, and after a sweaty climb, there was Bhante, peacefully sitting on his chair. His kuti was simple, without a front wall. There was a hard wooden bed, a tiny table, and a small cupboard for some medicines. But he was only staying at that place for a few weeks; he actually lived in an even more remote area. Bhante's practice was that as soon as his place of residence got too known by the public he would simply walk away to another location. And over time, the more he sought seclusion, the more mysterious he became to others – and consequently more famous. And the more famous he became, the more he sought seclusion. For years fame continued to chase him, but with his ageing and ailing body it was increasingly difficult for him to avoid its unwanted consequences.

But his life of seclusion has actually created a wonderful community of monks who are inspired to live in a similar way. Bhante Ñāṇadīpa moved many times from one kuti to another, and those empty huts have then been occupied by other monks who wanted to walk in his footprints. Eventually, a slightly more organized community was created, called Laggala Sangha. As with any community it has scheduled meetings – that is, at the rate of three times... a year! If one is already a competent hermit, then even fewer meetings need be attended. The monks inspired by him didn't have to receive much verbal instruction from Bhante. Rather, his lifestyle was the great lesson, his determination strengthened their motivation, and his faith was their inspiration. In this community there was no interest in superficial traditions, ordination Nikāyas, the kind of robe one was wearing, etc. Nor was there any tendency to form personality cults. What brought those monks together was pure faith in the Buddha's Teaching and a regard for the Buddha's words alone as the most authoritative teaching. There was only Dhamma and Vinaya – an attitude that was standard and normal in ancient times.

When interacting with him Bhante Ñāṇadīpa could certainly be a bit intimidating. And his toughness and physical strength were remarkable. My first meeting with him was on my 31st birthday, and he was over 70 at that time. Yet I felt that I was much more fragile than him: I found his lifestyle too hard for me. During that fist meeting I also quickly realized how sharp and clear his memory was! It was a real battle for me not to embarrass myself with a weak memory, and I realized that true age should not be measured by the age of the body, but how one nourishes one's mind: not by indulging in laziness, but by putting oneself out of one's comfort zone!

Our future meetings were less intimidating, and my relationship with Bhante become warmer. I also had the great fortune to take care of him when he was ill, and we had a chance to talk for many hours. I listened with great interest to his stories of his life as a monk, even those from 50 years ago. His recollections were always incredibly clear and detailed. We also had occasionally a laugh, something that is, for many, hard to imagine, since Bhante is generally well-composed and serious. But his face always brightened when he had a chance to discuss Dhamma. That was his passion. He would quite quickly dismiss pointless talk and walk away, but for the Dhamma he was ready to sacrifice his seclusion, especially in later years when he got older. It was great for me to be around him and talk to him … well, until he started to quote too many Sutta verses in Pali to me! He was probably the greatest expert in Pali of our time, and I the worst. It was hard to hide my confused expression when his high Pali was spoken, and I always hoped he didn't notice that. But that encouraged me to improve in this regard, too.

I was also able to use some sweet-talking to convince Bhante to translate some Suttas – at least the Aṭṭhakavagga and the Pārāyanavagga. I told him that he was probably the only qualified person to translate those verses. He was an expert in Pali, especially in verses (gāthās), and he was living the life as described in those Suttas. He originally rejected that proposal, but in 2016 he translated the Aṭṭhakavagga and in 2018 also the Pārāyanavagga. These Suttas have been published under the title The Silent Sages of Old. I am still very much grateful for that and still honour that book as my little Bible. Unfortunately, that is his only legacy for the world. There was an idea to also translate the Theragāthā, but sickness prevented him from doing so.

Bhante loved jungle life. He knew the natural world, the plants, the life of animals – especially elephants and snakes. There are really many anecdotes of his encounters with dangerous and deadly animals, too many to include here. He loved to spend hours just walking on jungle paths while constantly reciting gāthās, especially those from the Sutta-nipāta. He carried with him only two notebooks in which he wrote all the gāthās that he wanted to know by heart. (One of these notebooks will soon be available for the public.) He scarcely read anything other than Suttas in Pali. Also, he really owned only what he could put into his little bag. There was nothing else! If he received gifts that he didn't need he immediately gave them away to other monks. And if he received something useful, like a torch or a compass, he then discarded the old. He never accumulated anything. In Laggala and elsewhere in Sri Lanka his huts were always built with only three walls, the fourth side being simply open to the jungle's life. And sleeping? Three hours is more than enough. I was really impressed by that. He didn't need stuff, fame, people; his wealth was freedom, Dhamma, and – who knows – maybe the company of devas.

Bhante Ñāṇadīpa became seriously ill three years ago. We sensed at the time that things would go downhill, physically, from that point. The last time I saw him was in February – it was a goodbye meeting, I felt. Many great and caring monks were around him helping and protecting his seclusion as much as they could. I contributed only a little, but I was one of the lucky ones for having gotten to know him better than some. And now he is truly and completely secluded from us. His eagerness to understand Dhamma was tremendous: he wanted to live longer only for the sake of attaining arahatship in this lifetime. We will never really know the degree to which he succeeded, but the kind of tireless fight against defilements he exhibited will surely destroy them completely, and finally. 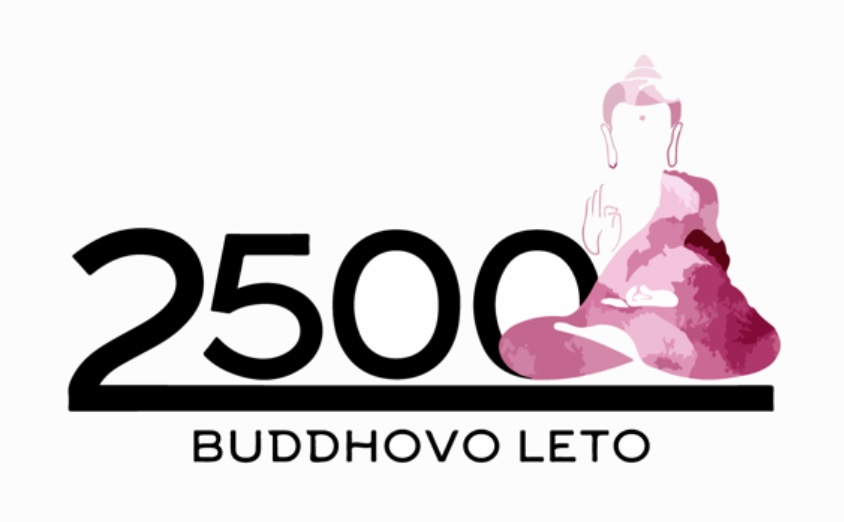 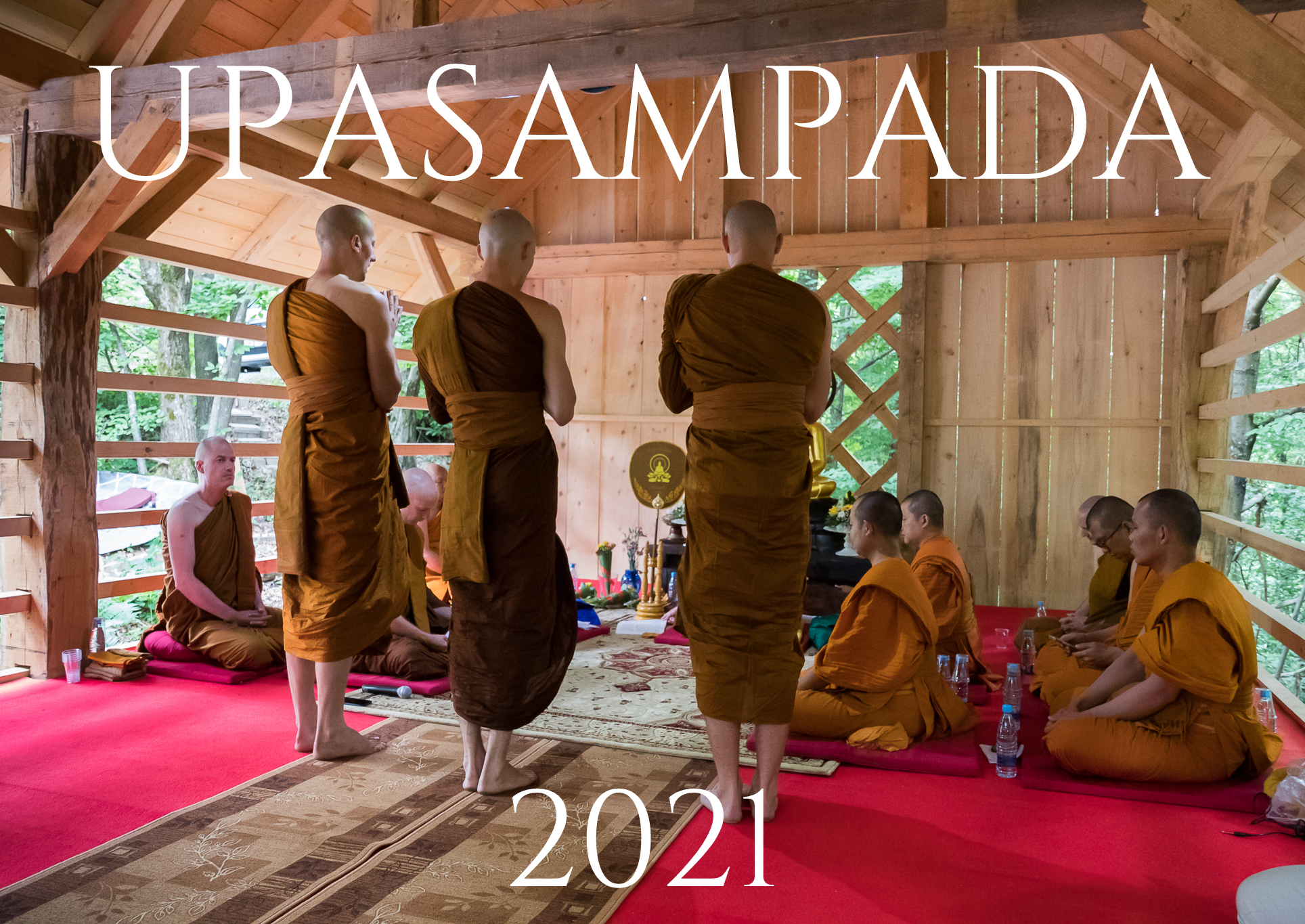 The photos of the first Bhikkhu Ordination (Upasampada) in Slovenia. 4th July 2021. 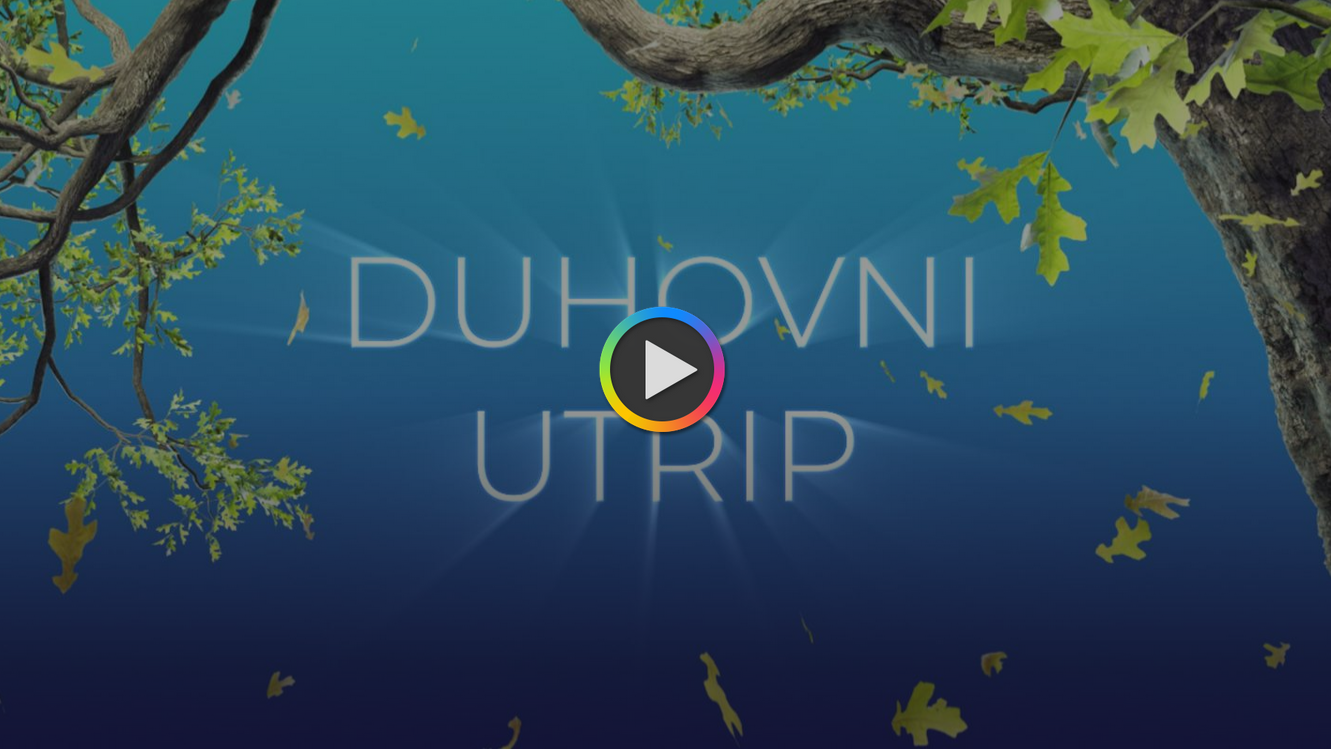 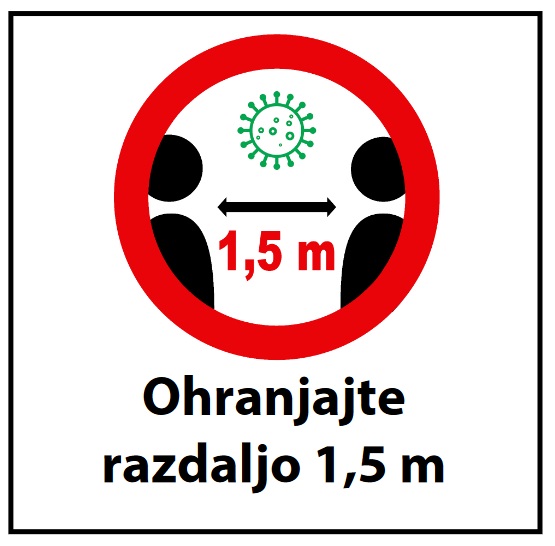 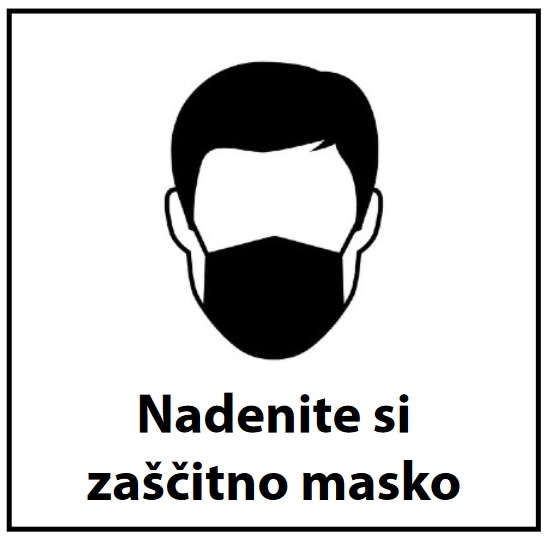 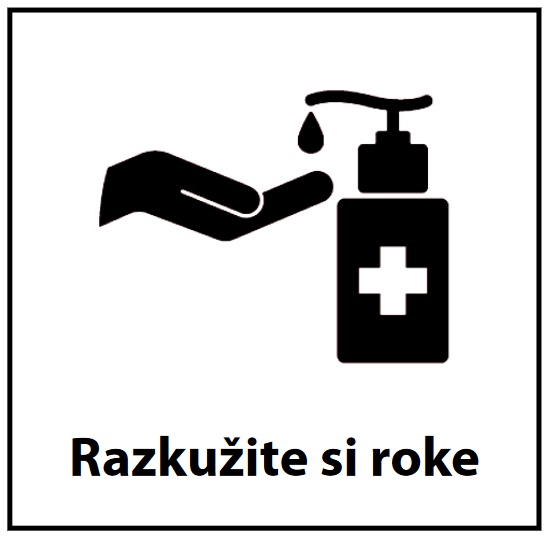 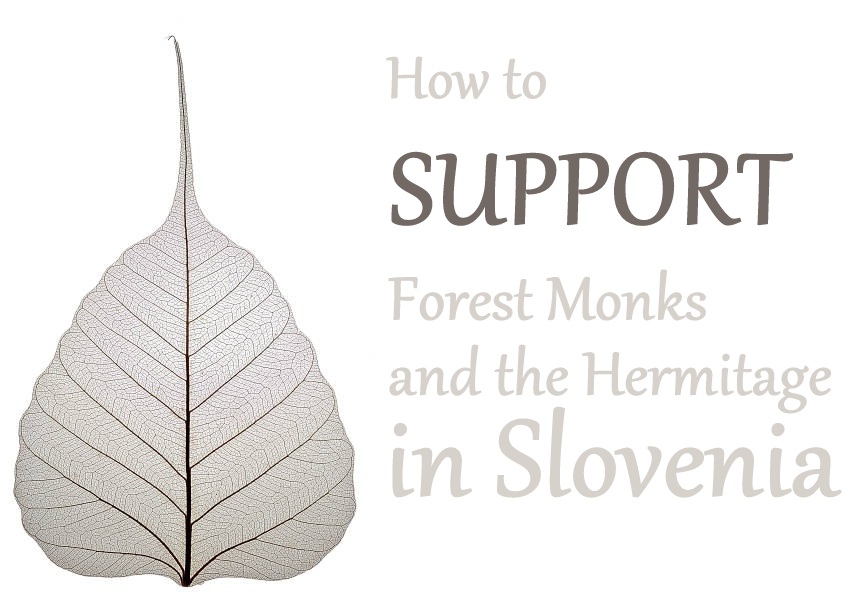 The Hermitage can survive only through the support of other people. How to help? 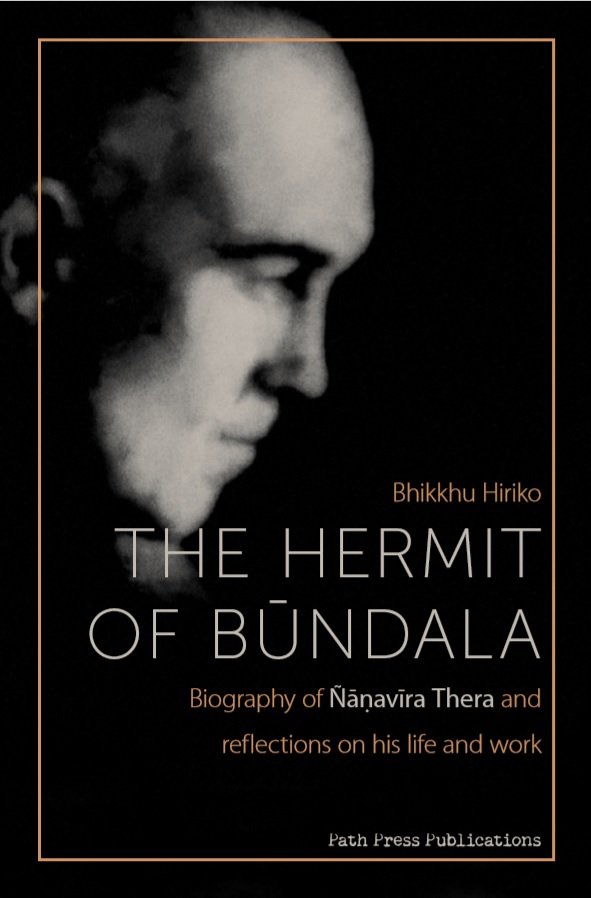 The New Edition of
the biography of
Ven. Nanavira
THE HERMIT
OF BUNDALA
by Hiriko Bhikkhu