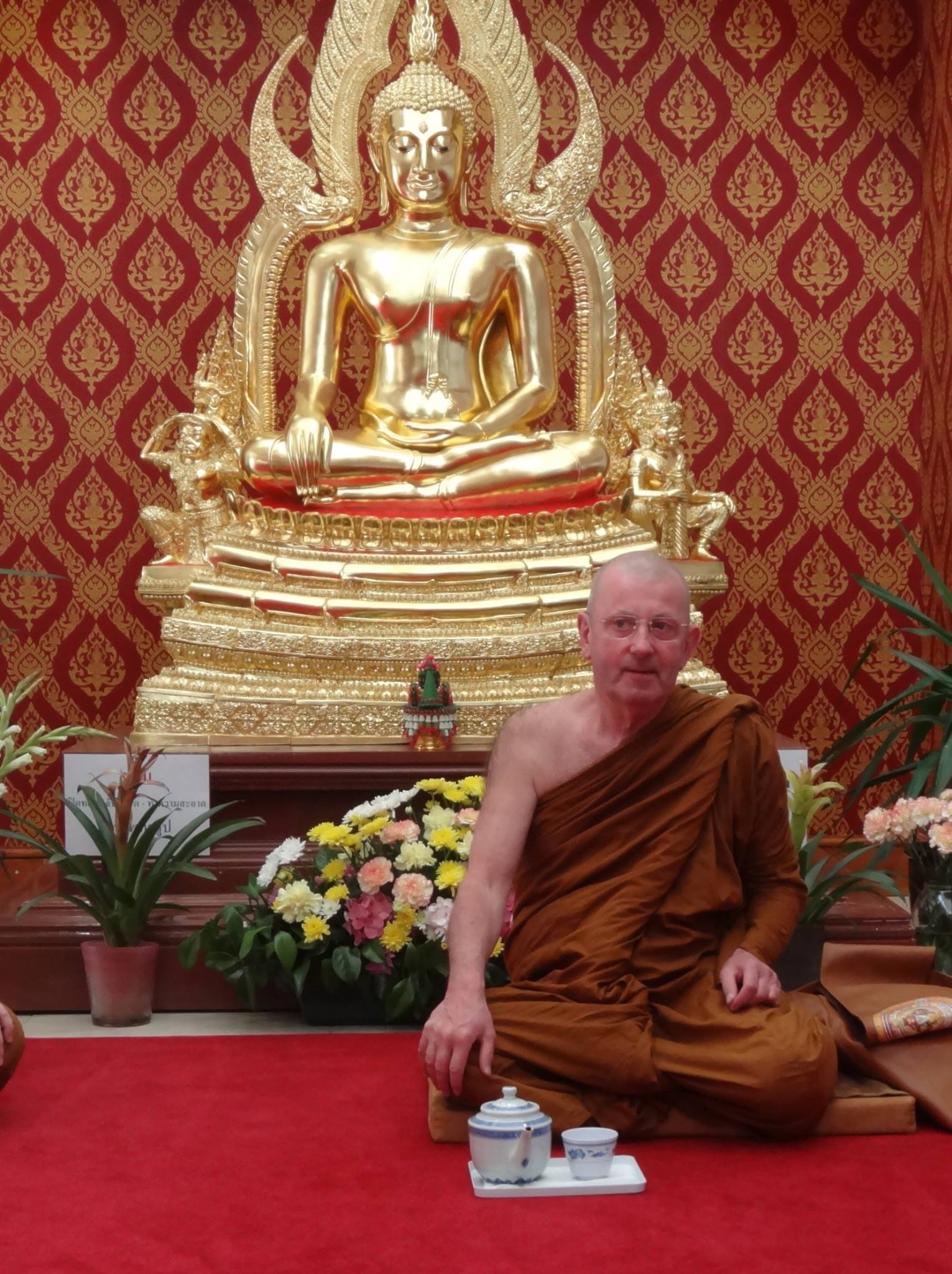 We are delighted to announce that the senior teacher Luangpor Khemadhammo (Chao Khun Bhavanaviteht) will visit us at Samadipa Hermitage to see our place and to perform the novice ordination (pabbajja) for Anagarika Matej. This historical time when for the first time a Slovenian man will Go Forth in his homeland will happen on 15th December at 1pm. All are most welcome to meet Luangpor and to join for this auspicious event.
____________________________

Ajahn Khemadhammo was born Alan Adams in Gosport, England.[3] In 1971, after training at the Royal Central School of Speech and Drama and Drama Centre, London and practising as a professional actor, working for several years at the Royal National Theatre in London with Laurence Olivier, he travelled to Thailand via the Buddhist holy places in India. In December 1971 in Bangkok he became a novice monk and about a month later moved to Ubon to stay with Ajahn Chah at Wat Nong Pah Pong. On the day before Vesakha Puja of that year, 1972, he received upasampada as a bhikkhu, a fully ordained Buddhist monk.

In 1977, Venerable Khemadhammo returned to the U.K. with Ajahn Chah and stayed with him during his two-month visit at the old Hampstead Vihara.[4] After Ajahn Chah's return to Thailand, Ajahn Khemadhammo remained at Hampstead and eighteen months later set up a small monastery on the Isle of Wight. In 1984, at the invitation of a group of Buddhist meditators that he had been visiting monthly for some years, he moved to Banner Hill near Kenilworth and formed the Buddha-Dhamma Fellowship. In 1985, he moved to his current residence, the Forest Hermitage, a property in Warwickshire; in 1987, with considerable help from devotees in Thailand, this land was purchased by the Buddha-Dhamma Fellowship. A stupa was built there in 1988 by Sayadaw U Thilawunta, known as the 'English Shwe Dagon'.

Ajahn Khemadhammo began Buddhist prison chaplaincy work in 1977. In 1985, with the help of others, Angulimala, the Buddhist Prison Chaplaincy, was launched with him as its Spiritual Director.[5] Currently, Luang Por Khemadhammo continues to visit prisons and teach meditation both at his monastery and at Warwick University.[5]

Ajahn Khemadhammo was appointed an OBE (Officer of the Most Excellent Order of the British Empire) in the Queen's Birthday Honours, June 2003 for 'services to prisoners'.[6]

In December 2004, on the birthday of the King of Thailand, he was made a Chao Khun with the ecclesiastical title of Phra Bhavanaviteht. He was only the second foreign-born monk to receive such an honour.

In May 2013 he was awarded an Honorary Doctorate in Vipassanabhavana by Mahachulalongkornrajavidyalaya University, Thailand.

In January 2015, on Burmese Independence Day, it was announced by the President of Burma that he had been awarded the title Aggamaha Saddhamma Jotikadhaja. This was duly conferred at an investiture ceremony in Nay Pyi Taw, the new capital of Myanmar (Burma), on March 4th, 2015.

He is the Chair of TBSUK - the Theravada Buddhist Sangha in the UK.